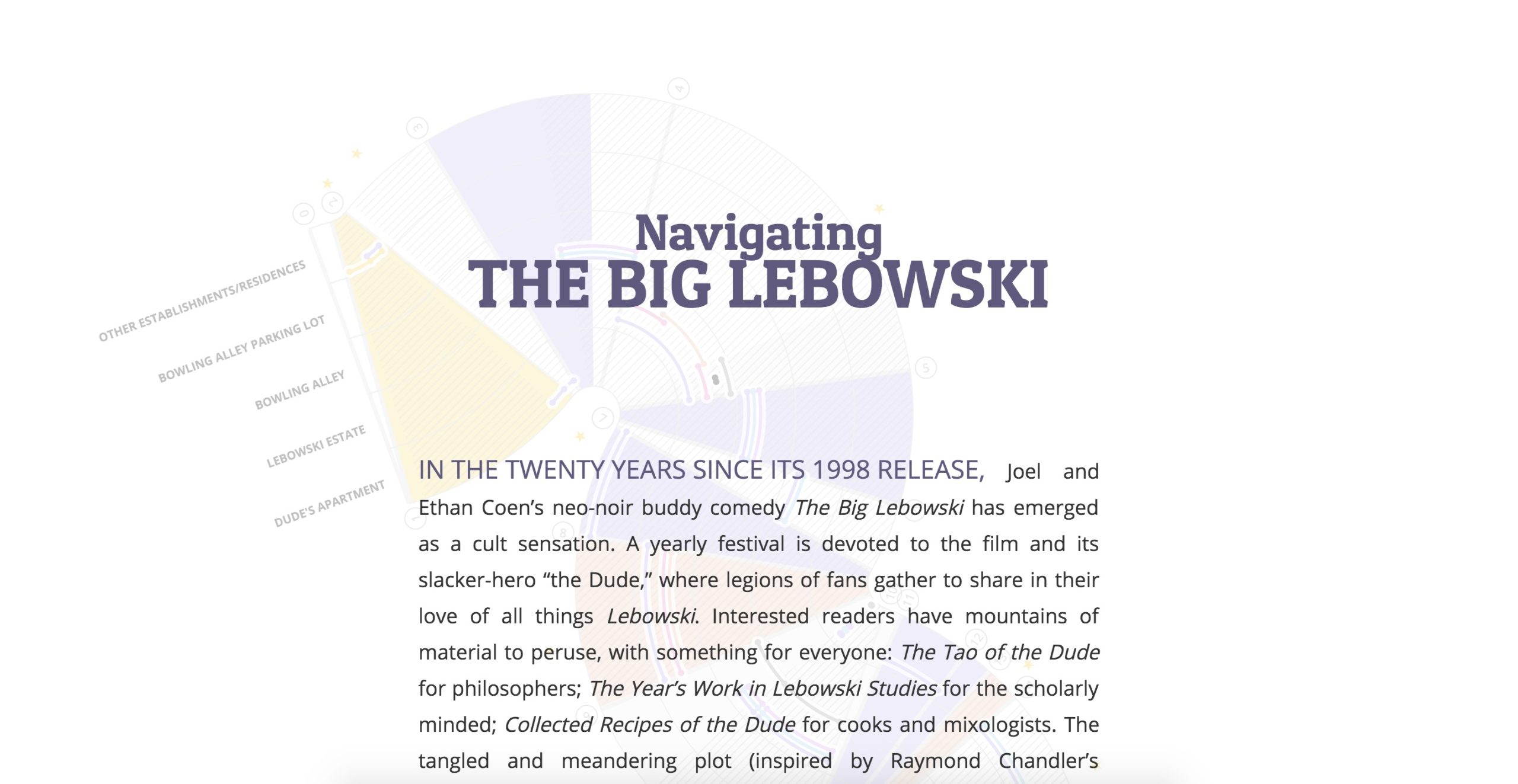 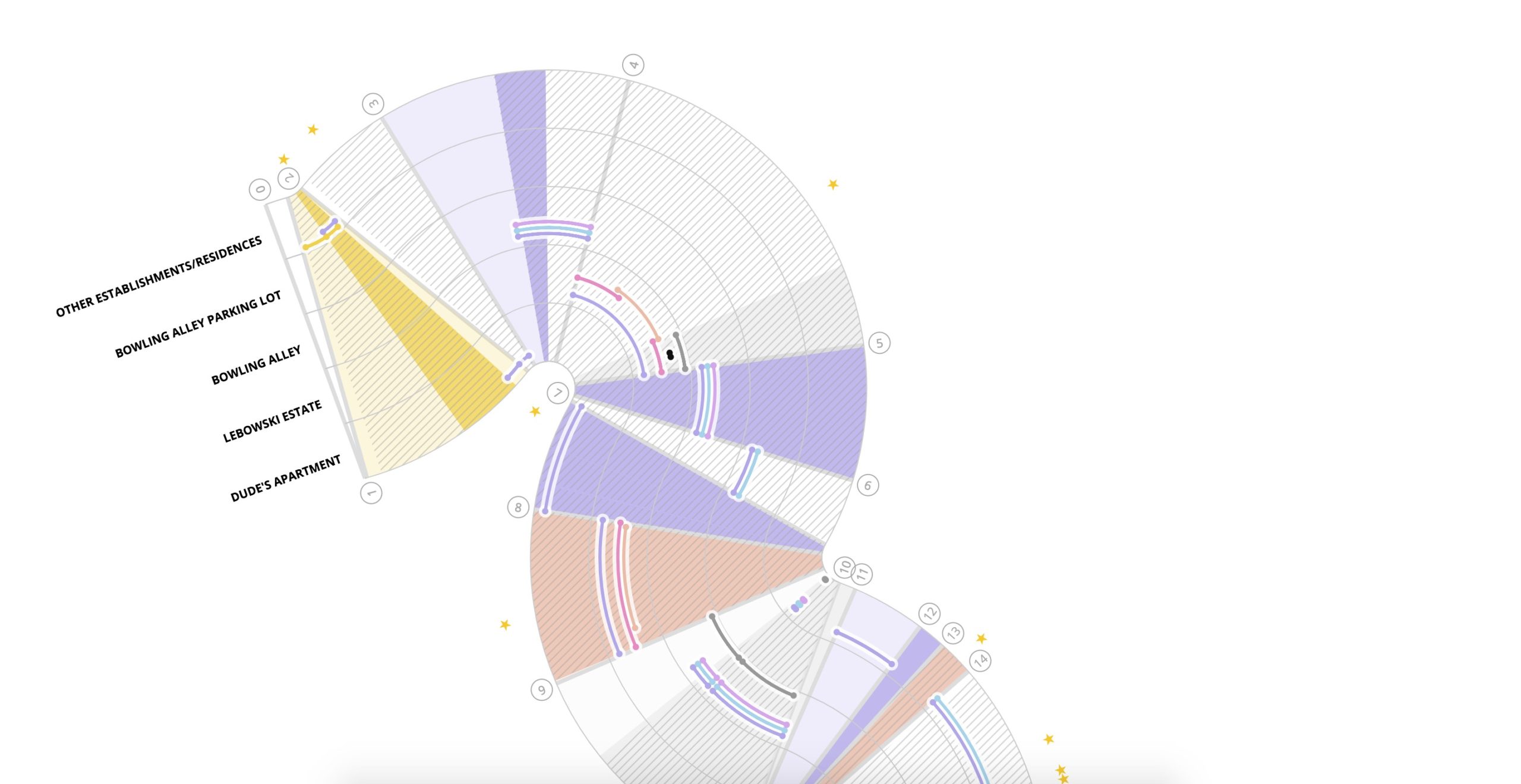 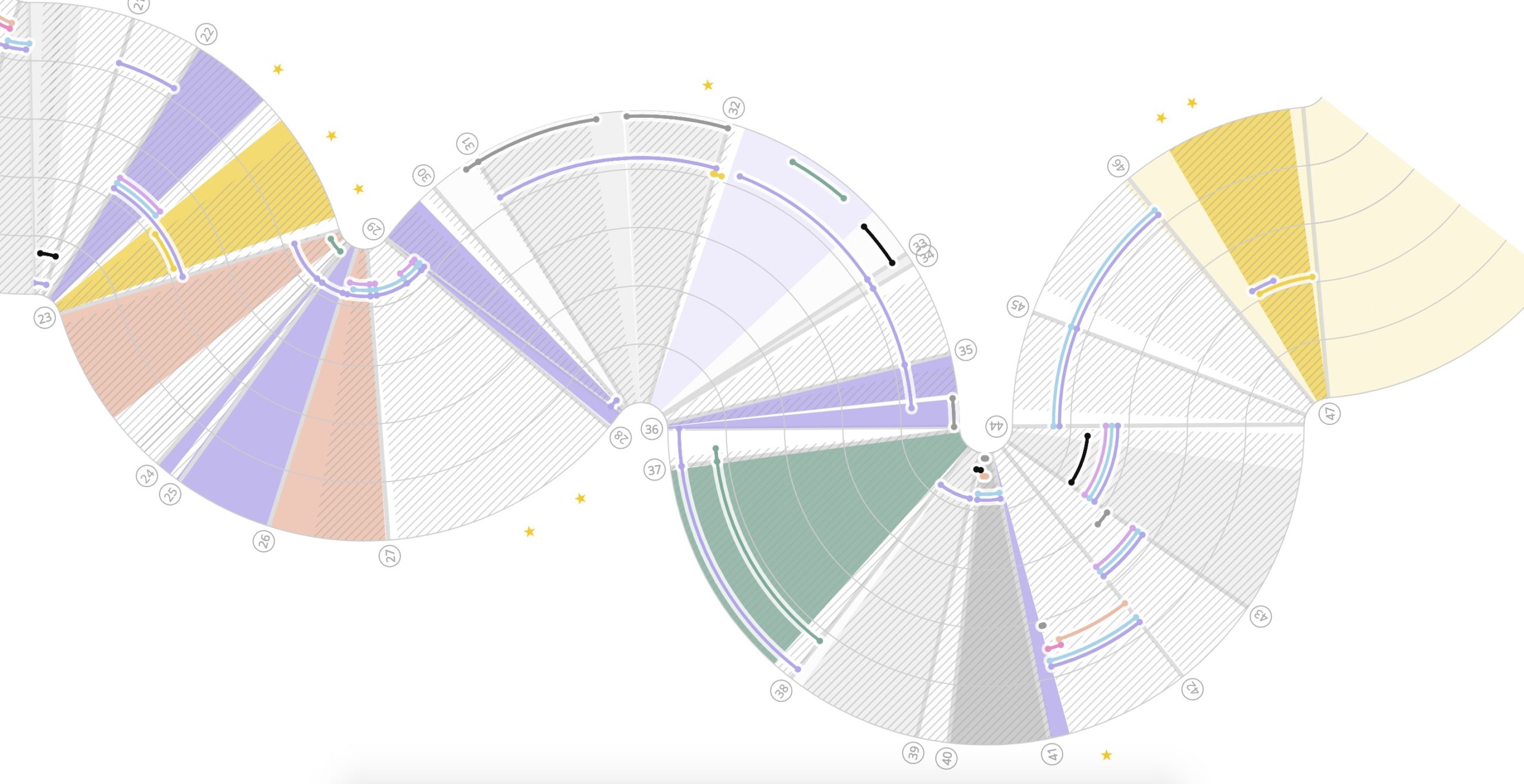 A Visual Guide to The Big Lebowski

This project was designed in collaboration with Matthew McDonald, Associate Professor (Music) at Northeastern University. In 2018, it was shortlisted for the Kantar Information is Beautiful Awards.

In the twenty years since its 1998 release, Joel and Ethan Coen’s neo-noir buddy comedy The Big Lebowski has emerged as a cult sensation. A yearly festival is devoted to the film and its slacker-hero “the Dude,” where legions of fans gather to share in their love of all things Lebowski. Interested readers have mountains of material to peruse, with something for everyone: The Tao of the Dude for philosophers; The Year’s Work in Lebowski Studies for the scholarly minded; Collected Recipes of the Dude for cooks and mixologists. The tangled and meandering plot (inspired by Raymond Chandler’s notoriously confusing The Big Sleep) features a kidnapping scheme, a missing ransom, elusive rewards, and MacGuffins upon MacGuffins. One can watch the film numerous times without fully grasping how the various plot threads tie together — if they do at all.

In sum, The Big Lebowski‘s world is eclectic, diffuse, and supersaturated. Its plot, its soundtrack, its cast of characters, and their conversations: these elements are not centered and uniform but diverse and divergent. As Lebowski fans might put it, there is no rug that ties the room together. How, then, might viewers orient themselves within the film? This visualization, made in collaboration with Matthew McDonald (Associate Professor, Music, Northeastern University), provides a means of exploring this question, for those who are devoted fans, casually acquainted with the film, or simply interested in visual representations of temporal forms. It maps the film’s music, dialogue, characters, and settings and shows how its plot structure is articulated through these elements. The aim is not to “reveal” a single coherent structure beneath the film’s chaotic surface, but rather to suggest multiple ways to find one’s bearings, and to allow users to discover their own ways of navigating and making sense of this richly textured film.