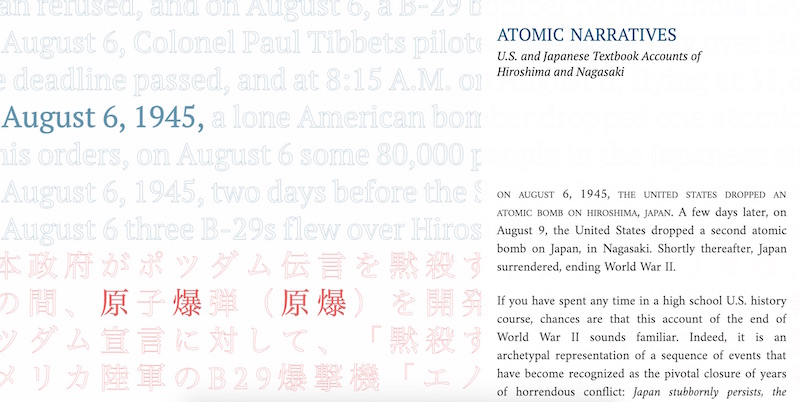 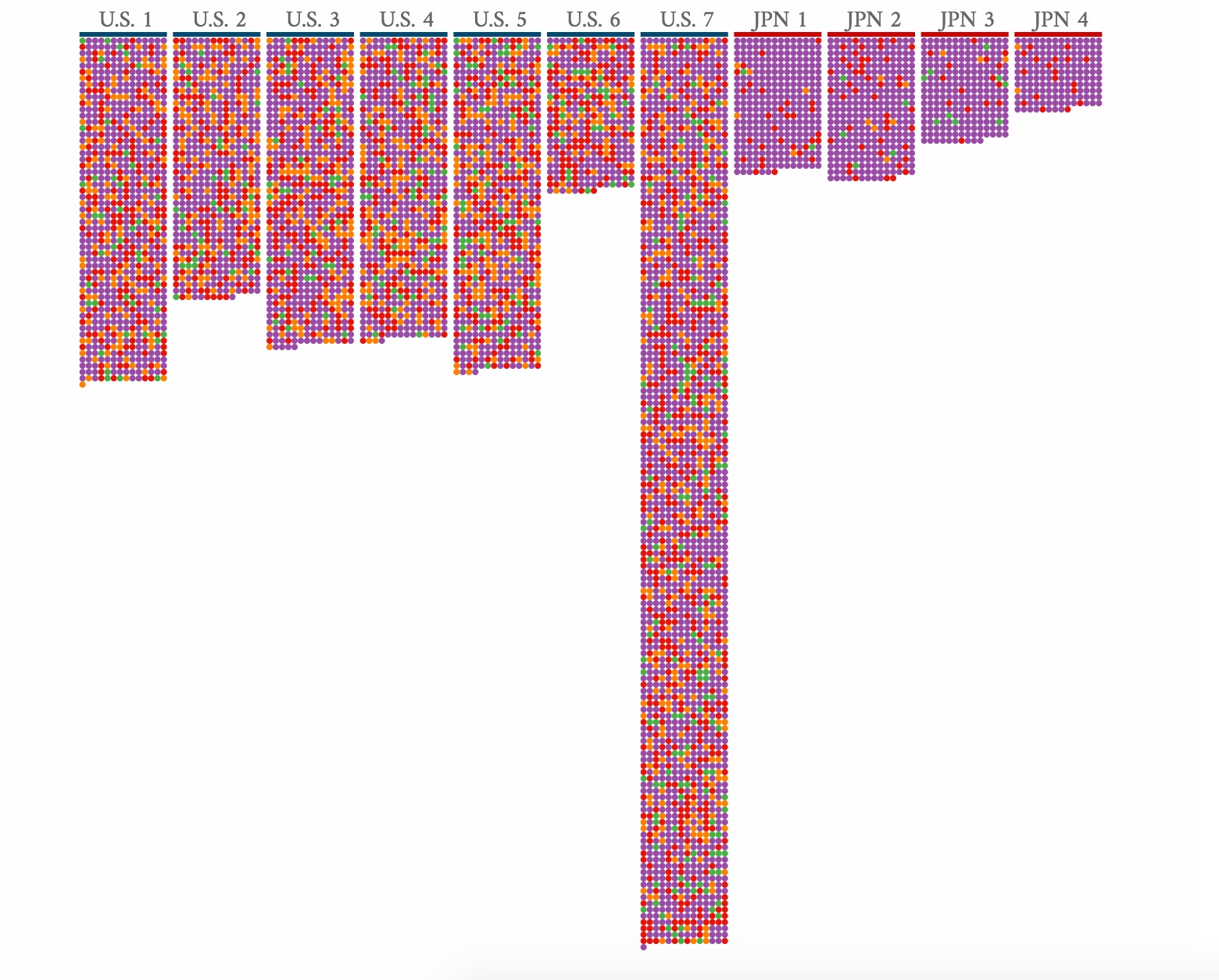 If this sounds familiar, it is for good reason: this is the standard narrative of the end of World War II that is often found in high school history textbooks. Indeed, textbooks are often the first encounter we have with important events in collective historical memory, and as a result, they can be formative in our interpretation of past events.

But what would it mean to examine those narratives in a new way, with a critical lens that challenges the authority to which they lay claim? In this project, we analyzed excerpts from U.S. and Japanese high school history textbooks to explore their parallels and differences. Along the way, we use data visualization to ask a new question: what would it mean to regard visualization as a reconciliatory medium, one that facilitates dialogue on painful events in human history by recognizing multiplicities of perspective?

This project was presented at the Japanese Association for Digital Humanities Conference 2017 in Kyoto, Japan (September 11-12, 2017).